The following two pictures show whitewater rafting on the Upper Gauley river in West Virginia on October 13, 1996. The tour was provided by Mountain River Tours, Inc. The flow rate is 2,800 cubic feet per second (scheduled water release from the Summersville lake). Although my experience with inflatable rafts is very limited and it is generally not easy to assess the difficulty of the rapids as you are "carried through" when on a paid tour, I still think I have seen at least one class VI rapid (the cascade named Lost Paddle). 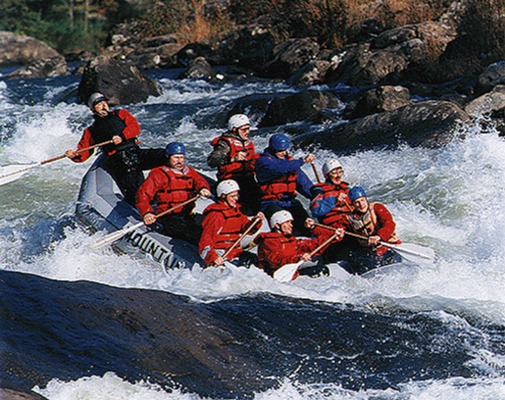 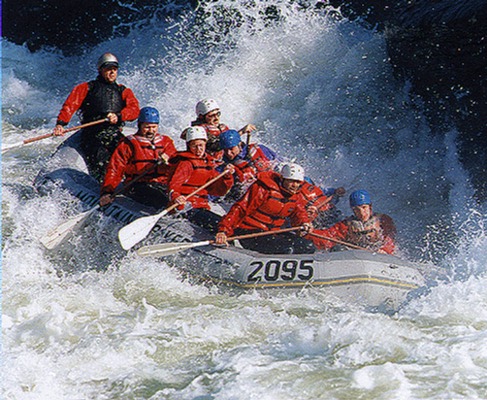